To share your memory on the wall of Kendrick San U, sign in using one of the following options:

Print
A celebration of life ceremony for Kendrick Sein San U, 82, of Athens, will be held on Thursday, Sept. 3, at 6pm at Bethlehem Baptist Church in Clarkesville, Ga.

Mr. San U, loving father, “grand”, brother, uncle, and friend, went to... Read More
A celebration of life ceremony for Kendrick Sein San U, 82, of Athens, will be held on Thursday, Sept. 3, at 6pm at Bethlehem Baptist Church in Clarkesville, Ga.

Born on July 26, 1938, in Taungoo, Burma (Myanmar), he was the son of the late U Zyaw Sein and Daw Aye Nu. In addition to his parents, he was preceded in death by his brother Milton Sein and sister Lillian Sein.
Mr. San U graduated from The University of Yangon where he obtained his degree in Chemistry before attending medical school. He was also a beloved teacher at St. Luke’s Academy where he was known for his smart dressing style and was a favorite role model among the youth. He made several trips to share Christ with others through missionary work before coming to the United States where he was proud to raise two daughters, Amanda and Holly.

Mr. San U was known for his passion in medicine and serving others just as Christ would. His strong faith was instilled by his parents at an early age and he in turn raised his daughters in the knowledge, love, and grace of Jesus. All throughout his life he was known for his contagious smile, compassionate heart, and joyful personality that touched many hearts and lives. He never met a stranger and called all of his daughter’s friends his children too. Even at the end of his life he never forgot the name of Jesus and continued to encourage others by telling them they were “the best of the best.”

Survivors include his “favorite” son, Adam Pipkin and daughter Amanda San U Pipkin of Baldwin and Holly San U of Buford; grandsons, Grant Joshua Pipkin and Luke Sein Pipkin of Baldwin; brothers, Shwe Win and Bonsco; beloved nephew Terence Kadoe (Potoke) all of Burma along with several other adored nieces, and nephews.

To send flowers to the family or plant a tree in memory of Kendrick San U, please visit our Heartfelt Sympathies Store.

Receive notifications about information and event scheduling for Kendrick

There are no events scheduled. You can still show your support by sending flowers directly to the family, or planting a memorial tree in memory of Kendrick San U.
Visit the Heartfelt Sympathies Store

We encourage you to share your most beloved memories of Kendrick here, so that the family and other loved ones can always see it. You can upload cherished photographs, or share your favorite stories, and can even comment on those shared by others.

The Sharp Family and Bethia and John sent flowers to the family of Kendrick San U.
Show you care by sending flowers

Posted Sep 03, 2020 at 11:51am
Your Family are in our Hearts and Prayers Our Deepest Sympathies. With Love

The Sharp Family purchased flowers and planted a memorial tree for the family of Kendrick San U. Send Flowers

Posted Sep 01, 2020 at 10:45am
May the love which comes from the memories of the dearly departed comfort you now and in the days ahead.

Bethia and John purchased the Peaceful White Lilies Basket and planted a memorial tree for the family of Kendrick San U. Send Flowers

Flowers were purchased for the family of Kendrick San U. Send Flowers 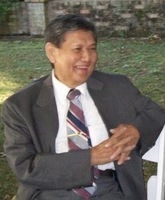