To share your memory on the wall of Calvin Krefft, Jr, sign in using one of the following options:

Provide comfort for the family by sending flowers or planting a tree in memory of Calvin Krefft, Jr

Provide comfort for the family by sending flowers or planting a tree in memory of Calvin Krefft, Jr

Mr. Krefft passed away in the comfort of his home and surrounded by loved ones on Tuesday May 12th, following an extended illness. He was born on the 9th of April 1945 in Chicago, IL to Calvin and Caro... Read More
Obituary for Calvin W. Krefft, Jr.

Mr. Krefft passed away in the comfort of his home and surrounded by loved ones on Tuesday May 12th, following an extended illness. He was born on the 9th of April 1945 in Chicago, IL to Calvin and Carol Krefft.

Cal served with the Army as a UH-1 ‘Huey’ Helicopter Crew Chief in Viet Nam and after a break in service he enlisted in the U.S. Coast Guard Reserve, where he rose to the rank of Senior Chief Boatswain’s Mate before he retired. He was well respected by his senior officers and lower enlisted as well. Cal’s family has a proud history of military service. His father, Calvin Sr., served on a hospital ship in WWII, his younger brother also served in the Coast Guard in the 1980s and his eldest son has served with the Army in Afghanistan. Cal was asked recently if there was anything that he needed help with, his first request was to have his flagpole repaired so that he might again fly Old Glory and the Gadsden Flag. The flagpole was fixed within two days.

As well as serving his country with the Coast Guard he loved being a family man, raising two fine sons with his wife, Sharon, to whom he was married 53 years. Cal loved flying, motorcycles, reading, boating, football, baseball and, after working in Germany for four years, soccer. He was a huge NASCAR fan. (Go Dale Jr!)

A Celebration of Life Ceremony will be held at the Cornelia VFW Post, at a date to be determined later.

To send flowers to the family or plant a tree in memory of Calvin Wayne Krefft, Jr, please visit our Heartfelt Sympathies Store.

Receive notifications about information and event scheduling for Calvin

There are no events scheduled. You can still show your support by sending flowers directly to the family, or planting a memorial tree in memory of Calvin Wayne Krefft, Jr.
Visit the Heartfelt Sympathies Store

We encourage you to share your most beloved memories of Calvin here, so that the family and other loved ones can always see it. You can upload cherished photographs, or share your favorite stories, and can even comment on those shared by others.

Posted Jun 05, 2020 at 11:25am
God has a way of letting people cross our paths and keeping those memories within our hearts alive. Even tho I only knew you for a short time, you were a real trooper ! Thank you for your service to our country and being the person you were. You always made me smile. God rest your soul

Posted Jun 03, 2020 at 03:41pm
We are heartbroken for the loss to this family. I know Calvin and his wife Sharon do so much for the community, the VFW and the Senior Center.

Posted May 31, 2020 at 09:53pm
Chief Cal was a great mentor. We shared many sea stories that we participated in. One that always comes to mind was a houseboat aground up by San Quentin. After boarding the houseboat and surveying the situation Chief said we can push this back into deeper water and he hopped off the houseboats bow. He looked up and said get down here and help me. I jumped over the bow only to land in knee water. Chief looked down at me from his high and dry perch and he said, "Tommy I meant onto this rock." Fair Winds and Following Seas Chief.
Comment Share
Share via:
CK 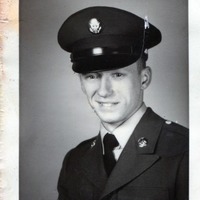 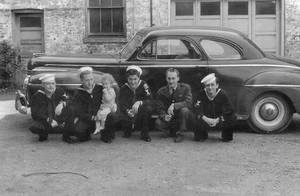